Approximately twelve years ago the President & General Manager of the Wisconsin Timber Rattlers, Rob Zerjav and I began “chatting” about the “what ifs”.  Those of us in the sports design business are very familiar with this “chat”, in fact we all field calls and chase down leads with team owners, municipalities, and general managers in hopes of being selected to design the next ballpark.  To be honest, 75% of the time the projects never happen after pouring your entire being into getting it across the finish line.  For some reason this project felt like the exception to the rule.  We’d get heavily involved in charting a course and then we’d slow down for a year or two…”the timing is just not right” Rob would tell me.  We’d start again and we’d inch closer but then we’d slow down again.  Finally after ten years I got an email from Rob saying “I know you’ve heard this before, but this time I think we’ve got a good shot”.   The rest is history.

My father always says “timing is everything”.  That familiar phrase used to frustrate me as a youth but I can see the wisdom in his words now.  The truth of the matter is if Rob and I would have closed the deal 12 years ago the ballpark “addition” (I refuse to call it a renovation anymore), would be totally different from what it is today.  The project matured over time as the traditional baseball model continued to evolve. 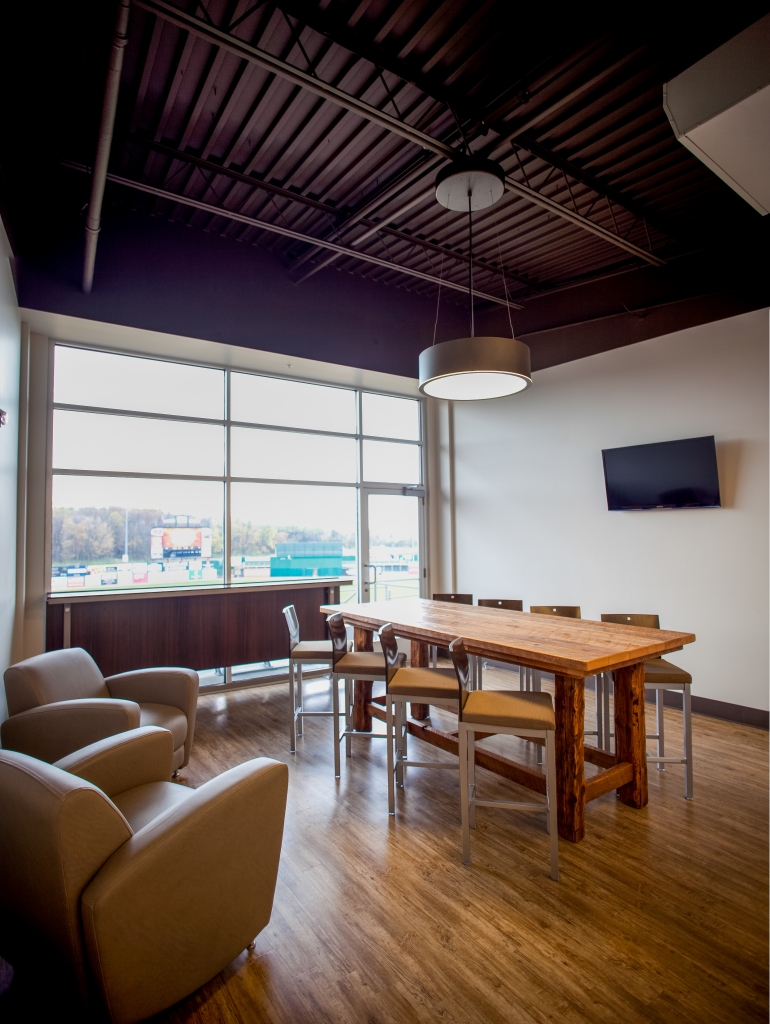 The original ballpark was constructed in 1995 for a total of $5,000,000.  Since the ballpark was designed for only seasonal use (no winters), there was a substantial void in premium amenities which translates to unattained annual potential revenue.  While our initial focus was on a ballpark renovation that would fix minimum compliance issues per the MiLB Facility Standards, Rob and I both knew that there was more to this project than a few band aids.  The Club Lounge is what makes this renovation an “addition”.

We added a full service kitchen and 30 foot bar to accommodate the 4,500 square foot Club Lounge.  Over 400 guests are comfortably served at events with premium views to the playing field surface and outdoor access to the tiered balcony deck equipped with padded stadium seating.  State of the art audio and visual equipment including a projection screen and LED televisions facilitate presentations during corporate events and weddings which push the space over the top. 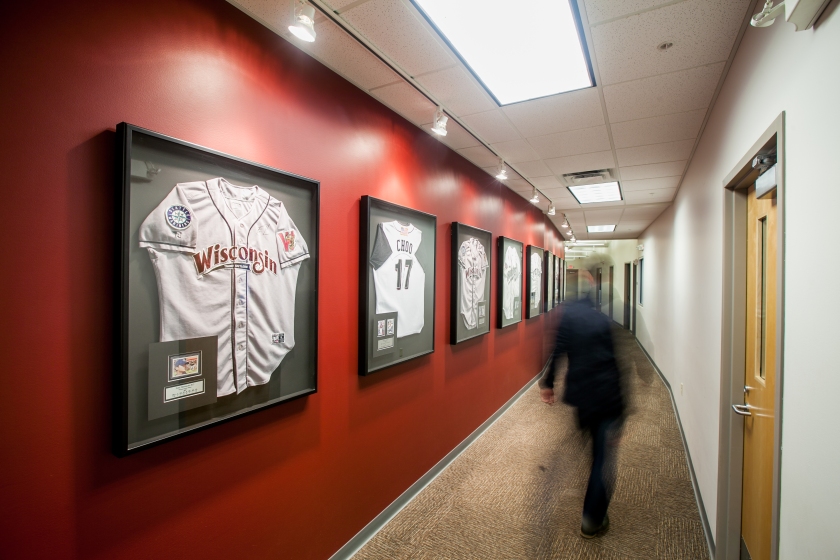 The one programmatic item that never changed during our “chats” was the fact that Rob wanted to make a visual impact with the new covered ballpark main entry, team store and front office.  He was very consistent in saying “this organization and my staff deserve to look professional and feel like champions”.   We added approximately 20,000 square feet of  retail, administrative, and hospitality spaces to this ballpark, in essence doubling the original (1995) enclosed square footage. 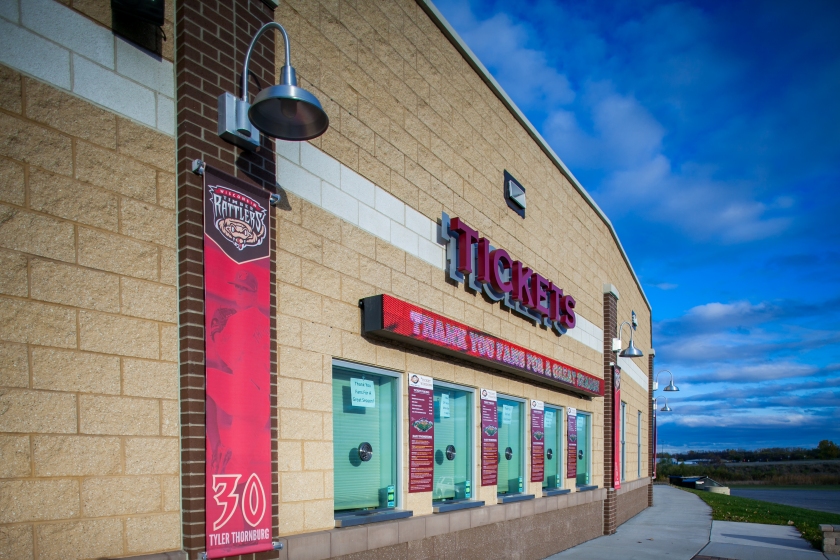